At Prospa, we are looking forward to adding even greater value to our partner network and helping more brokers uncover opportunities in small business lending.

We continue to bolster our National Sales team that support you and your brokers locally, by appointing a 2nd BDM (Kylie Gilbert) in SA, as well as a 3rd BDM (Goncalo Almeida) in QLD.

We have also made some minor changes to our 'Excluded Industries' list. We continue to support small businesses through strong portfolio management.

I would request you to please update your records and resources accordingly.

If you have any questions or would like to discuss, please don't hesitate to contact me directly. 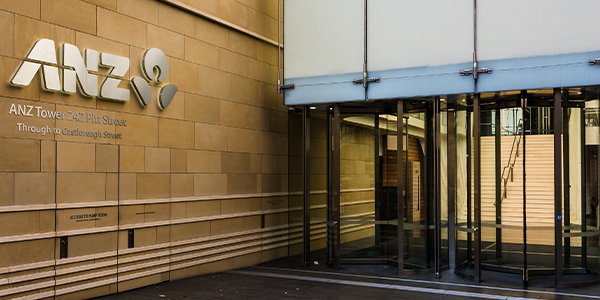 ANZ has announced that it will decrease its interest rate floor for home loan serviceability assessments from 5.5 percent to 5.25 percent.

The changes, which will be effective for all applications from Monday, 17 February, have come in response to the Australian Prudential Regulation Authority's (APRA) decision to scrap its 7 percent interest floor and raise its sensitivity buffer to 2.5 percent.

ANZ was the first major lender to implement the changes in July last year when it reduced its interest rate floor for home loan serviceability assessments from 7.25 percent to 5.5 percent. It also increased its sensitivity buffer from 2.25 percent to 2.5 percent.

In the latest update to brokers, ANZ said its sensitivity margin remains at 2.5 percent.

In explaining the reason behind the change in its floor rate, ANZ said: "To ensure ANZ remains in line with community expectations by applying appropriate tolerances when assessing serviceability, ANZ has reviewed the floor rate used for calculating serviceability."

"As a result, ANZ will reduce the minimum floor rate to 5.25 percent."

The bank said all new and existing applications for residential lending will have the new floor rate applied as part of the home loan assessment process.

The new floor rate will apply to:

ANZ has joined the Commonwealth Bank of Australia, Auswide, Heritage Bank and Westpac in revising its serviceability rates twice in response to APRA's changes to its home lending guidance.

In a new piece of analysis of trends underpinning the Australian housing market, ING Economics' chief economist and head of research, Asia Pacific, Robert Carnell, observed a shift in the housing market conditions since the Reserve Bank of Australia (RBA) began its monetary policy easing strategy in June 2019.

He said that while monetary policy may have lost some of its ability to stimulate the economy, the housing market "remains sensitive" to interest rates and has seen a resurgence due to the RBA's cuts in June, July, and October, and acknowledged concerns the housing recovery may be showing early signs of a new boom.

However, he said that while the current housing recovery is unlikely to dissuade the RBA from its easing strategy, it may persuade APRA to introduce new macro-prudential lending curbs.
According to the latest data from property research group CoreLogic, national home values have now risen by 4 percent in the three months ending December 2019, driven by Sydney and Melbourne, where values increased by 6.2 percent and 6.1 percent, respectively, over the same period.

Please read on for full details.

As part of our ongoing efforts to make it as easy and simple as possible to partner with BOQ Broker, we are pleased to announce our simplified identification process for domestic customers.

One A document and one B document;

One A document and one C document;

Two B documents; or

One B document and two C documents.

Please refer to the information below for an explanation of the different document categories. Original documents must be sighted. A certified copy is acceptable when certified by an authorised certifier and accompanied by a completed BOQ Certified ID form.

The supporting document checklist will be updated shortly and will be made available to aggregators' software. Apply Online changes will take effect from March 2020. We will also be issuing an updated Broker Identification Guidelines document in due course.

Please note: Identification requirements for customers who are not an Australian or New Zealand citizen remain unchanged.

Every customer's information must be validated to ensure identification details on each document are consistent (i.e. name, date of birth and address are the same on all identification documents provided by the customer).

Important: If the customer presents a NSW Drivers Licence with the condition 'Q', this means that the customer is a temporary overseas visitor and does not hold Australian Residency or Citizenship. In this event, please refer to the Foreign Personal Customer ID Requirements as the customer must provide an acceptable passport and valid Australian-issued visa permitting them to work and/or permanently reside in Australia (Visa length must be minimum 12 months with at least 6 months remaining from the date of account opening) and satisfy the remaining ID requirements as per the Foreign Personal Customer ID Requirements prior to on boarding.

Important: A Commemorative Birth Certificate is not acceptable.

C Documents (Secondary) only Australian Commonwealth, State or Territory documents will be acceptable

New Email Contact for Applications from Unconditional to Settlement

Effective immediately, please use the following email address for any applications from unconditional approval to settlement: brokersettlements@boq.com.au

If you have any questions about these changes, please contact your BDM.

Our new product is just about to enter the pilot phase. When this happens, you are likely to notice some changes to Vow Net. Here's a quick peek into what you can expect.

We are transitioning our Renew/Restart range to a full white label solution so that your applications will flow through directly to the Pepper Credit team. This will create a number of efficiencies and you can expect even better turn around times. With this initiative, there are a number of things you will need to do to access this product range. These changes are scheduled to occur on the 24th Feb and are summarised below.

'Resi Fact Find' will be replaced by 'Customer Requirements & Objectives' form for all Renew - Restart applications. The document is included in both Standard and Short Form Applications and is also available as a separate (stand-alone) form.

As part of the launch, you will receive NEW logins - a login for Pepper products and a login for RESI products. Click HERE for an example of the RESI dual accreditation message that will be issued.

Existing applications (including pricing) will continue to be processed - no change.
The applications will be viewed via RESI Mortgage Management.

Following an announcement late last year by Advantedge Financial Services, the Resi Smart Pro will not be available for sale from Monday 16th March 2020. From this date, no new applications will be accepted.

We will maintain a generic product on Vow Net for the purposes of any post-settlement variations that may be required. Permitted variations include but are not limited to:

For existing customers, nothing changes. We will continue to extend our top-class post-settlement services to your clients.

For rate inquiries for existing customers and new accounts created by a further advance, please get in touch with the Resi Service team.