DEPPRO has been operating in Perth for nearly two decades and over the time has produced thousands of tax deprecation reports for investors who have purchased investment properties in the city.

During that time, our company has experienced the different cycles of the Perth property market including the effects of the recent mining boom in Western Australia and subsequent downturn.

The recent downturn has seen investors shy away from the Perth property market as prices have being falling due to an oversupply of properties for sale.

However, there are now signs that the Perth property market has now bottomed and could soon be turbo charged by massive new investment in the State's resources sector.

Mining companies are currently planning to spend $25.5 billion to extend the operations of their iron ore operations in the north of Western Australia.

For example, BHP Billiton recently gave the green light to new $4.7 billion South Flank mine that will create more than 3, 000 new jobs.

Overall, more than $25 billion will be invested by the large mining companies in new iron ore mines in the State over the next few years.

In addition, there is also a major expansion in the State's Gold mining sector while more than $3 billion in spending is planned for new Lithium mines and down- stream processing plants.

This new investment figures do not include massive new investment in the LNG sector with Chervron recently announcing the go-ahead for a $5.1 billion second stage of its Gorgon gas plant in Karratha.

These new projects will create thousands of new jobs very quickly in Western Australia and comes at a time when the supply of new housing construction in Perth at very low levels meaning that the demand for homes could quickly outstrip supply.

This positive outlook for the Perth property market is further underlined by the latest study of States and Territories by the Commonwealth Bank indicates that Western Australia will have the fastest growing economy by 2020.

By 2020, the Commonwealth Bank is predicting the Western Australian economy will expand by 4% based on massive new investment is the resources sector that will be fully underway in two years' time.

This turnaround in the economic fortunes of Western Australia has already been highlighted by rising consumer confidence in the State highlighted by a new survey undertaken by the WA Chamber of Commerce and Industry.

It showed that confidence in the State has soared by more than 15 per cent over the past 12 months with most of the improvement has come in recent months.

The future upswing in the Perth property market is already being signposted for a significant fall in the number of vacant rental properties in the city over the past year.

DEPPRO is also already recording increased activity by investors in the Perth property market during recent months as they buy into the bottom of the property market with the strong potential of reaping financial rewards during the coming years.

An important part of the VOW proposition is the RESI Home Loan brand and one particular feature is the ability for RESI to pay twice monthly upfront commissions.

RESI is a Mortgage Manager and has access to multiple funders under the RESI brand. While RESI has 2 commission runs each month it is important to understand how each of the Funders process their commission payments as well.

Please see below for the details on how regular each Funder pays in line with the 2 RESI Commission runs per month:

For RESI Funders (BABL & RESIMAC) settlements from the prior calendar month will be paid in the following calendar month in the VOW Commission run on or around the 25th of each month.

RESI Funders (ADVANTEDGE & PEPPER) pay upfront commissions twice per month, enabling you to be paid commissions in a more timely manner, which is advantageous for your cash flow.

Payments in this instance are as follows:

Hope this helps you understand how payments are processed and how you can manage your commission payments.

On 27 July 2018 we informed you of a technical system issue we experienced affecting trail commission payments for Vow Financial Group Pty Ltd brokers for the month of June 2018.

This resulted in the overpayment of broker trail commissions by five (5) days, totalling 35 days on most, but not all, of our lending products.

We are pleased to advise that this issue has since been identified and rectified.

How does this affect you?

We have calculated the specific overpayment for each loan account affected and have processed a reversal of the overpayment, equal to five (5) days, in July 2018's commission run.

Again, we apologise for any inconvenience this may have caused you and your brokers.

If you have any questions, please contact Patrick Neary on 0434 329 924 or email Patrick.Neary@cba.com.au.

Meet the Learning and Development Team

VOW Financial is focused on providing you with ongoing training and education that supports your professional development. We are excited to be able to introduce you to your Learning and Development team: 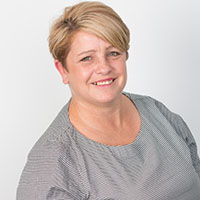 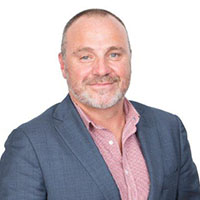 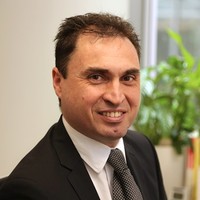 We are excited to announce, over the coming months, there will be significant enhancements to the look and feel and user experience of VOW Professional as well as a comprehensive CPD and Events Solution.

Your new CPD Solution (Activate) will have the following enhancements:

Until we roll out this solution please maintain your CPD Registers as you do currently.

The Events and Calendars enhancement will enable you to view the live annual events calendar and register for upcoming events which include, webinars, PD days, roadshows and conferences. If CPD points are allocated to these events the points will be assigned to your register pending attendance evidence being verified.

We are very excited about the release of VOW Professional 2.0 and we will keep you updated on a launch date as we get closer to deployment. I would like to thank you for your input and feedback on the usability of the current platform and welcome any further input at landd@vow.com.au